Agario is a game which can be played through your favorite web browser, or from the comfort of your own smart phone. Because of it’s ease of access it has attracted millions of players worldwide. Many people speculate that if agario was a desktop installer, or a game that needed to be downloaded via a platform such as steam, it would not have attracted so many players (Agario did end up going to steam, but originated on the web browser first).

People have admired its quick learning curve, elaborate gameplay, and addictive nature for years now. The game was originally released in April of 2015, but is still being played like crazy with tens of thousands of players daily. 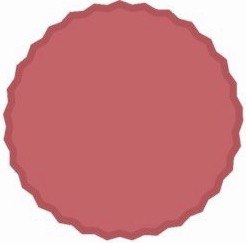 The main focus of agar.io is to grow as fast as you can! You do so by consuming other pellets which increase your mass quickly. You have to watch out for other players though, because if they are bigger than you they can eat you. There is also a feature whereby you can split your cell in half, halving your mass and shooting out at a nearby player. This is an extremely useful skill and often helps to grow quickly. When you see someone just big enough to capture with your split technique, you can instantly add 1/4-1/3 to your total mass.

How to Split While Playing

The only downside about splitting is that it makes you extremely vulnerable until your cell can rejoin. If you’re in the top 10 and decide to split in order to consume another player, you better run! Most other players will immediately try to hunt you down once you split, because you are now technically only half the level you were a few seconds earlier.

This is why splitting should only be done when you are confident you can score a big increase, and the danger is limited.

The next thing to keep in mind while you’re playing agario is your movement speed. As you add mass you will also slow down your movement speed. When you enter the top 10 you are generally very slow. This makes it easy to be cornered by other players who are bigger, so you need to keep an eye out on your map position and try not to get stuck around bumpers or corners.

When you reach the top 5 or so you will no longer be able to split, you are just one colossal cell with a huge mass. The main thing to watch out for here is staying away from the little green bumpers. If someone ejects enough mass into the bumper it can pop your cell and split you into hundreds of tiny pieces. This is why you’ll see most #1 players hugging the center of the map, because they can’t get cornered and there are no nearby bumpers usually.

If you’re still struggling with agar.io and need more help, be sure to check out this page which lists some of our favorite agario hacks and cheats!

Latest posts by ipjur (see all)